If you judge people, you have no time to love them.

Defeat is a state of mind; no one is ever defeated until defeat has been accepted as a reality.

All that we are is the result of what we have thought.

A great man is always willing to be little.

The true sign of intelligence is not knowledge but imagination.

Success is a lousy teacher. It seduces smart people into thinking they can’t lose.

Believe you can and you’re halfway there.

Do what you can, with what you have, where you are.

Happiness is not something readymade. It comes from your own action.

Learn from yesterday, live for today, hope for tomorrow. The important thing is not to stop questioning.

If you don’t build your dream, someone else will hire you to help them build theirs.

Don’t judge each day by the harvest you reap but by the seeds that you plant.

All our dreams can come true if we have the courage to pursue them.

Don’t cry because it’s over, smile because it happened.

You only live once, but if you do it right, once is enough.

Every man dies, but not every man really lives.

Your time is limited, so don’t waste it living someone else’s life.

You can’t have everything you want, but you can have the things that really matter to you.

Ups and downs in life are very important to keep us going, because a straight line even in an E.C.G means we are not alive.

If you work with determination and with perfection, success will follow.

The difference between winning and losing is most often not quitting.

When something is important enough, you do it even if the odds are not in your favor.

Opportunities don’t happen. You create them.

You must expect great things of yourself before you can do them.

You can’t please everyone, and you can’t make everyone like you.

I believe that the only courage anybody ever needs is the courage to follow your own dreams.

To succeed in life you need two things, confidence and ignorance.

Be yourself; everyone else is already taken.

You must be the change you wish to see in the world.

If you don’t like something, change it. If you can’t change it, change your attitude.

The secret of getting ahead is getting started.

The final forming of a person’s character lies in their own hands.

Courage is knowing what not to fear.

Be Kind whenever possible. It is always possible.

Every accomplishment is starts with the decision to try.

Only a life lived for others is worth living.

It is during our darkest moments that we must focus to see the light.

Arise, Awake and Stop not till the goal is reached.

Not all of us can do great things. But we can do small things with great love.

Money is the root of all evil.

If you can’t do great things, do small things in a great way.

You never fail until you stop trying.

Your worst enemy cannot harm you as much as your own unguarded thoughts.

Creativity.
The More you use,
The more you have.

Never trust your fear they don’t know your strength.

Start where you are. Use what you have. Do what you can.

Never allow someone to be your priority while allowing yourself to be their option.

Expect nothing, and you’ll never be disappointed.

In the end, we only regret the chances we didn’t take

The world is changed by your example, not by your opinion

Most of the evil in this world is done by people with good intentions.

Do not judge me by my successes, judge me by how many times I fell down and got back up again.

I just decided to try it, and I haven’t stopped since.

The worst thing about being famous is the invasion of your privacy.

There are no secrets to success. It is the result of preparation, hard work, and learning from failure.

Failure is simply the opportunity to begin again, this time more intelligently.

The best revenge is massive success.

Life has no limitations, except the ones you make.

Doubt kills more dreams than failure ever will.

You don’t have to be great to start, but you have to start to be great.

Life Is Very Complicated, So Don’t Try To Find Out Answers. Because When You Find Answers Life Changes The Questions.

Life will knock us down, but we can choose whether or not to stand back up.

You will face many defeats in life,but never let yourself be defeated.

No man has a good enough memory to be a successful liar.

Knowledge is so important but the imagination is more than that.

Our Industry does not respect tradition, it only respect innovation.

A good decision is based on knowledge and not on numbers.

Vision is the art of seeing the invisible.

Creativity is allowing yourself to make mistakes, Design is knowing which ones to keep.

It is better to change an opinion than to persist in a wrong one.

The future depends on what we do in the present.

The struggle you’re in today is developing the strength you need for tomorrow.

It’s much better to do good in a way that no one knows anything about it.

The best brains of the nation may be found on the last benches of the classroom.

Failure is not the opposite of success it is the part of success.

The impossible journey is the one you never begin.

Always remember that you are absolutely unique. Just like everyone else.

Spread love everywhere you go. Let no one ever come to you without leaving happier. 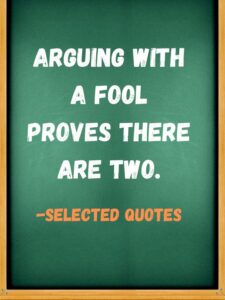 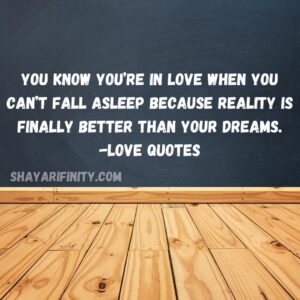 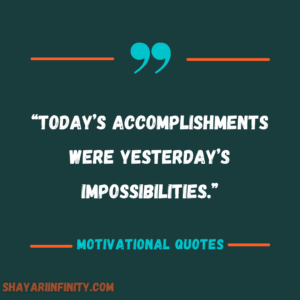 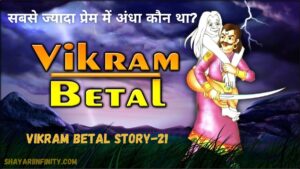 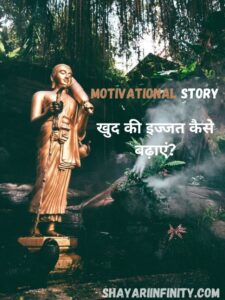